A Moray councillor elected at last week’s elections has resigned his seat with immediate effect.

Sandy Cooper was one of three councillors elected to represent the Elgin City North ward.

He tendered his resignation in a letter to the council’s chief executive, Roddy Burns, earlier today.

In his letter, Mr Cooper said: “After careful consideration, I wish to tender my resignation as councillor for Elgin City North ward. I apologise most sincerely for the great inconvenience and cost which this will involve.

“I am most grateful for the help, advice and assistance given by so many members of your staff during my training.

“I wish Moray Council every success in the future.”

Mr Cooper, whose nomination papers contained no party or political affiliation, was elected at stage four of the contest for Elgin City North.

The council’s 26 elected members have been undergoing induction and training this week ahead of the first meeting of the new council next Wednesday.

Mr Cooper’s resignation will trigger a by-election at a date still to be decided. 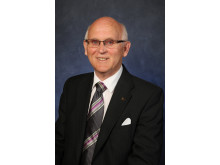