Moray Council has explained the process which led to the decision yesterday to close the East Beach footbridge in Lossiemouth and confirms it will remain closed until such time as it is made safe.

A visual inspection of the bridge took place on Wednesday (24 July) afternoon following a number of concerned members of the public contacting Moray Council highlighting the perceived instability of the bridge which was seen to be leaning to one side. Moray Council’s building standards officers and structural engineer assessed the bridge and deemed it to be unsafe for use at that time. A decision was then taken in terms of section 29 of the Building (Scotland) Act 2003 that closure was necessary in order to protect the public and a managed evacuation of the beach was carried out. The Council is obliged to act in these circumstances. This duty exists although the Council does not own the bridge.

The inspection found a number of supporting ties to have cracked or split on the downstream truss in the middle of the bridge. One of these ties has clearly failed recently as the broken end has not yet rusted. The bridge is also now sagging noticeably towards the downstream side. Photos showing this damage and a summary of the structural considerations which led to the decision to close will be published on Moray Council’s website later today (Thursday).

Convener of Moray Council, Cllr Shona Morrison, said: “While the legal opinion obtained by Lossiemouth Community Development Trust states that the bridge is technically ownerless, which limits the range of options available to us, Moray Council has obligations under the Building (Scotland) Act 2003 to ensure public safety. This includes a requirement to close any structures that appear unsafe, hence the decision was taken on Wednesday evening to close the bridge, which was the responsible course of action.

“Elected members and Council officers are liaising with Lossiemouth Community Council, Lossiemouth Community Development Trust and Lossiemouth Business Association to consider future action. This is likely to require independent structural engineering advice as the evidence on which the closure decision was based cannot be relied upon for other purposes, but will be shared because of the clear public interest in this issue. These organisations will all have full details of the closure decision and evidence by close of business today.

“Meantime I would urge people to refrain from climbing on or attempting to access the bridge as we have had some reports of this since the closure. As the photographs show, it is not currently safe for this kind of activity. ” 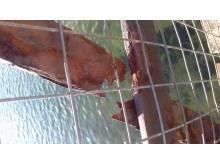 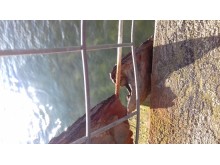 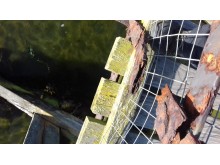 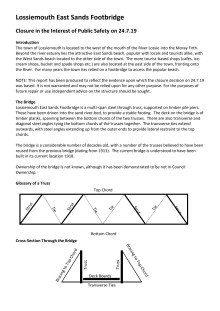