Moray’s sheriff took a first-hand look at how the Community Payback sentences handed down in court are working.

In a first for an Elgin-based sitting sheriff, Sheriff Olga Pasportnikov and two visiting Spanish judges toured the workshop of Moray Council’s Criminal Justice team last week, and were shown examples of the projects undertaken for free that benefit the local community, individuals and organisations.

Clients serving work orders were busy repairing flower planters for a local school while supervisors explained to the visiting judiciary how they ensure the sentences are carried out within the agreed times.

Community Payback Orders (CPOs) were introduced in 2011, and gave sheriffs the choice of imposing a work order instead of a prison sentence. Defaulting on an order lands the individual in jail to complete the original sentence, and sheriffs have to satisfy themselves that a convicted offender would be willing and able to complete the order before imposing it.

The judges were escorted on the tour by Moray Council’s Justice Service manager, Tish Richford. She said the sheriff found it hugely beneficial to see for herself what happens after she passes a work order sentence.

“It is the first time a sheriff has visited the workshop. It is important that our sheriffs understand the work that goes on in Moray, as they need to be satisfied that there are significant efforts made by criminal justice social work teams to successfully deliver the Community Payback Order at a local level.

“It was great to showcase what is achieved by those doing unpaid work. The sheriff wanted to see for herself that a CPO was making a difference both to the community and to those she has sentenced.”

Schools, community centres and halls, and a range of elderly and vulnerable individuals have benefited from the teams’ work, which ranges from a garden makeover to repairing & repainting halls, restoring paths and historic features, building school sandpits and refurbishing amenity furniture.

Sheriff Pasportnikov said: “It has been good to see this side of the CPO process and how the service operates.

“Hearing from the supervisors has also really helped me appreciate some of the issues they face, and will be of benefit to me when I am considering such a disposal.

“Some see these orders as a soft option and I understand why they might hold that view, but the alternative – prison – offers the community only a short respite from criminality. CPOs provide a tangible benefit and has real successes with those who choose to make the most of the opportunity to break the cycle of offending.

“Currently I do not receive any data on the success of this sentencing option -the only way I know if it has worked is when I don’t see those I have sentenced appearing before me again – so hearing direct from the team here has been very reassuring. ” 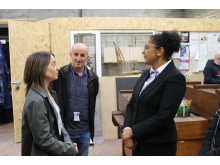 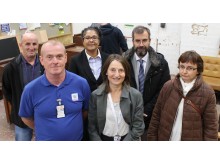 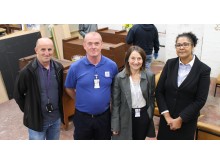 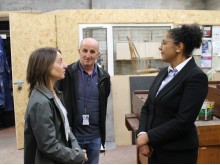 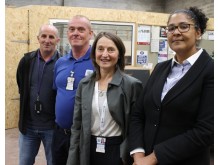