£100million new cooperage and warehouse development on Speyside for Macallan was approved, along with new distilling facilities, tun rooms and equipment for Glenfiddich in Dufftown.

The Macallan project is a further development of the new distillery and visitor centre at the premises near Craigellachie, which was approved at a planning committee meeting earlier this year.

Speaking after the meeting, Leader of Moray Council, Cllr Stewart Cree, said the committee decision was a vote of confidence by the council in the whisky industry.

"For these global industries to commit to this level of investment in Moray is a measure of their confidence in the Speyside brand," he said.

"It is recognised the world over as the finest malt whisky you can get, and that reputation draws thousands of visitors to our area every year.

"As such we are glad to be able to play our part in ensuring the boost to our communities from this confidence, and look forward to seeing these industries go from strength to strength."

Family-owned Glenfiddich have not released details of the project costs.

The Macallan application was recommended to be approved by planning officers, and members of the Moray Council’s Planning and Regulatory Services Committee unanimously agreed after imposing two conditions.

These were the monitoring of sound levels every quarter for five years and that the proposed lighting scheme be referred back to the committee for further consideration. This was to reflect concerns over possible light pollution in the rural location.

Owners of the Macallan are drinks giant Edrington. They have commissioned world-renowned architect Rogers Stirk Harbour + Partners for the project, which will feature glass–fronted curved buildings with turf roofs. for more details of the project visit the website here

A spokeswoman for the company said: “This is a project that will provide vital infrastructure for the new distillery and will be a site of major architectural significance.

“When it is complete in 2017 the new distillery and visitors’ centre will bring both employment and significant economic benefits to our local community.” 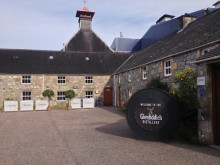 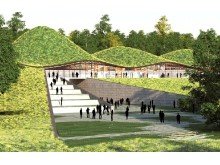