Work on the new Elgin High School will start on site early next year.

Work had stalled on the 28million project over an EU accounting wrangle, which affected 11 other such projects across Scotland.

But officials from the EU, UK and Scottish Governemtns have resolved the impasse and have instructed work to proceed.

The 1,000 pupil school will replace the existing diplapidated building.

Speaking after the announcement yesterday, Leader of Moray Council, Cllr Stewart Cree, said he was delighted.

“This is great news,” he said.

“It has been a very frustrating time for parents, teachers, pupils and the council, so I’m pleased we can finally get on with the job.

“We’ve already undertaken access works to reduce the time it will take to build, and I’m sure construction will commence on site as soon as possible in the new year.”The project was approved by the Moray Council back in February this year with a start on site expected in June.

However the EU blocked any further progress untilthe complicated accounting procedures for public/private financing had been resolved.

The delay cost the council £100,000 a month in construction inflation costs, but the Scottish Government have offered an extra £500,000 to help offset this.

Construction is expected to take 18months, starting in March with completion due October 2017. Pupils could be taking lessons in the new school by Christmas that year.

The project and 11 others in Scotland were financed through the Scottish Futures Trust and local Hubcos, independent procurement organisations.

Deputy First Minister, John Swinney, told the Scottish Parliament yesterday that all the projects (ten schools and two health centres) across Scotland within the Hub programme will now proceed.

This includes the £28million Elgin High School project.“That is around £330 million of capital investment in our children’s education, our NHS and Scotland’s economy” he said.

“These twelve projects will make an enormous difference in their communities, both in terms of the immediate boost provided by the jobs that their construction will bring, but also through the long term health and education benefits that these projects will provide to local communities and to local people.”

The first teacher to take advantage of an offer of free accommodation by a leading Moray house builder is preparing to move in for the start of the new school session.

New catchment areas for primary schools in Elgin have been approved by Moray councillors. 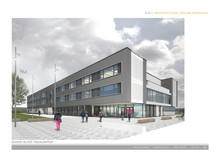 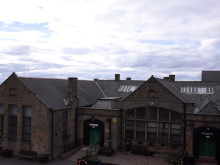 A short 5minute film featuring Moray and some of the teachers that have moved their careers here from the Central Belt.