Views are being sought on a new guide to replacing windows and doors in older buildings.

The draft guidance contains advice for anyone planning to repair or replace windows and doors, particularly in buildings that have historic or conservation value.

The guide proposes to control the use of UPVC windows and doors to preserve a building’s character, especially on highly visible elevations. Any material change to the appearance of a building would also likely require planning consent.

A spokesman said that the number of cases where poor window replacements has used is on the increase.

“The proliferation of inappropriate replacement windows and doors over a number of years has resulted in the significant loss of historic fabric, architectural detail, and interest to individual historic buildings in Moray,” he said.

“This fabric has been lost through uncontrolled replacements to the point where the predominant character is no longer historic in appearance. Protecting elevations from UPVC would go some way to redressing the balance.”

The guidance is open for consultation for the next four weeks. Architects, householders and community councils are being asked to submit their views on the guidance by following the link on the council’s website here

At the end of the consultation period all comments received will be considered and will inform the final version of the guidance presented to councillors for approval. 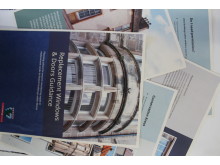 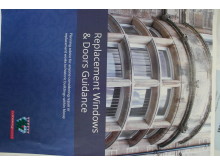